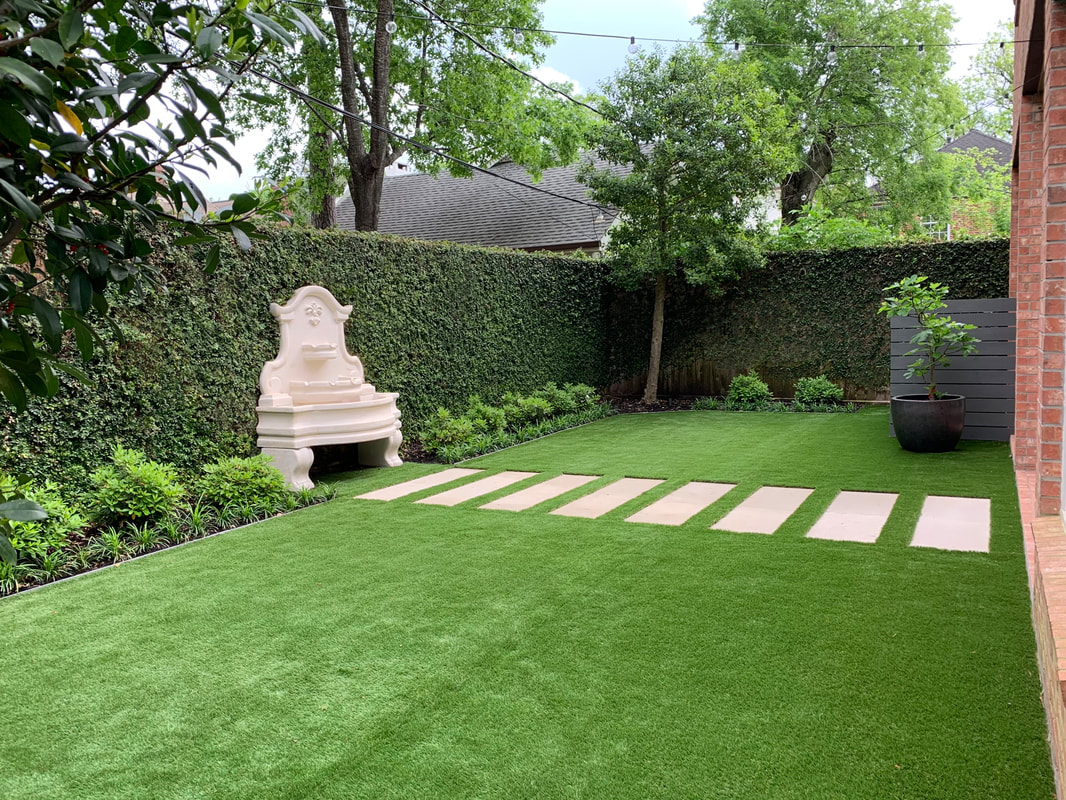 A shady garden in West U.

As this garden faces north, and the home is a two-story residence, it was virtually impossible to a have a lawn where two young boys could play on without getting filthy. Furthermore the space was reduced by overgrown bushes and a large pergola that added even more shade and reduced the space.

The water fountain had been installed by previous owners, but was very Mexican looking, and it needed to match the interior décor. A masonry stain was applied to it to match the new limestone stepping stones that enhanced the fountain as a focal point from inside the house. The A/C units are hidden behind a fence that opens up for easy access to the units.

The backyard was lowered by several inches and a drainage system was installed underneath the artificial turf, to make sure that no flooding into the house would occur, and that the boys would be able to go out and play shortly after raining.

When the area is not being used as a playground for the boys, there is ample space to entertain family and friends.